Data from a phase I clinical trial showed that treatment with a HER2-targeted therapeutic cancer vaccine provided clinical benefit to several patients with metastatic HER2-positive cancers who had not previously been treated with a HER2-targeted therapy. The personalized vaccine can generate an immune response to HER2, which drives the growth of several types of cancer, including breast, ovarian, lung, colorectal, and gastroesophageal cancers, explained the study’s lead author, Jay A. Berzofsky, MD, PhD, chief of the Vaccine Branch at the Center for Cancer Research of the National Cancer Institute in Bethesda, Maryland. 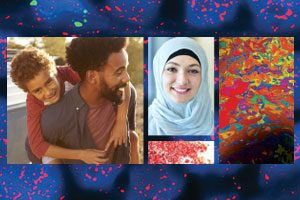 The 11th AACR Conference on The Science of Cancer Health Disparities in Racial/Ethnic Minorities and the Medically Underserved, held in New Orleans Nov. 2-5, advanced the understanding of disparities along the cancer continuum that represent a major public health problem in our country.

An evaluation of breast cancer patients enrolled in Medicaid by Michael Halpern, MD, PhD, associate professor at Temple University College of Public Health in Philadelphia, and colleagues, showed that states that expanded Medicaid during the 2011 to 2017 time frame had a 27 percent increase in prescriptions for hormonal therapy medications compared to states that did not expand Medicaid during the same period. For women who have received treatment for breast cancer and are recovering, hormonal therapies can reduce the chance of their breast cancer coming back, and, for best effect, they need to take these medications for three to five years, Halpern said.

Research News From the AACR Journals