The AACR Cancer Progress Report 2018: Harnessing Research Discoveries for Patient Benefit, released in September, showcases recent advancements in cancer research, while acknowledging that these developments have not benefited everyone equally. The overall cancer death rate continues to fall and more people are living longer after diagnosis, but some segments of society still shoulder a greater burden of the disease. These include racial and ethnic minorities, individuals of low socioeconomic status, and people living in certain geographic areas. 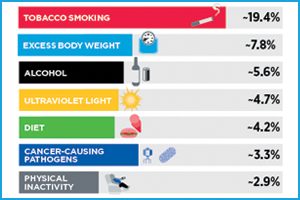 The report describes risk factors that can increase a person’s chance of developing cancer. While some are unavoidable, many are related to lifestyle choices and behaviors that can be modified in order to lower risk. In fact, more than four in 10 cases of people in the U.S. over 30 diagnosed with cancer can be attributed to modifiable causes. Tobacco smoking, excess body weight, and alcohol consumption are the three factors having the greatest impact.

Our capacity to screen for cancer is growing, but the report highlights the need for careful consideration when deciding who should undergo testing. Screening people who show no signs or symptoms of cancer can be beneficial if precancerous legions are found, but screening can sometimes result in unintended, adverse consequences. That’s why expert panels compare benefits with potential risks and create or revise screening guidelines regularly. 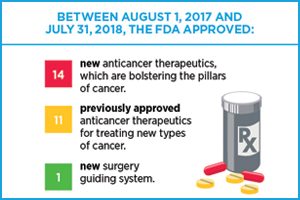 Alongside progress taking place in cancer prevention and early detection, researchers are making breakthroughs that yield new forms of treatment. Between Aug. 1, 2017, and July 31, 2018, the U.S. Food and Drug Administration approved a host of new anti-cancer therapeutics and one new surgery guiding device and cleared the use of several previously approved anti-cancer therapeutics for the treatment of other types of cancer.

Clinical trials ensure the safety and efficacy of these cutting-edge treatments before they can be a part of routine patient care. However, fewer than 5 percent of U.S. adults diagnosed with cancer take part in clinical trials. Worse, diversity is lacking among trial participants. 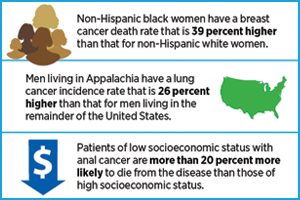 Some segments of the U.S. population are disproportionately affected by cancer. Complex and interrelated factors contribute to these disparities, including inequalities in socioeconomic status, genetics, treatment received, and lifestyle, among others.

The AACR Cancer Progress Report is published annually and serves as a touchstone for new developments in the field of cancer research. The document aims to give the public an up-to-date reference point for understanding cancer better, and it is often called upon in efforts to bolster arguments in favor of funding for government agencies working to address the disease.

To learn more about progress against cancer, watch this video of AACR Cancer Progress Report 2018.

‘Clinical Trials Can Save Lives’ 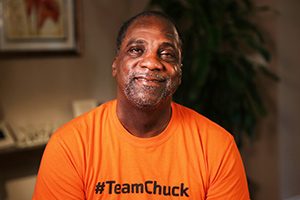 Among others, the 2018 edition profiles Chuck Dandridge of Mansfield, Texas, who was diagnosed with myelodysplastic syndrome, a precursor to leukemia, in 2014. His illness progressed to acute myeloid leukemia (AML) later that year. Dandridge was fortunate that his doctors directed him to clinical trials that had the potential to benefit him. He was accepted into two trials: one to test a treatment for people with a mutation in the gene IDH2, and one that used genetic engineering to facilitate a stem cell transplant from a partially matched donor.

Thanks to an eight-month course of an experimental medication, followed by chemotherapy and the transplantation of stem cells donated by his son, Dandridge’s leukemia was eliminated. “I feel extremely healthy and am back in the gym working out,” he says. “I’m living proof that clinical trials can save lives.”

A Comprehensive Look at COVID-19 and Cancer